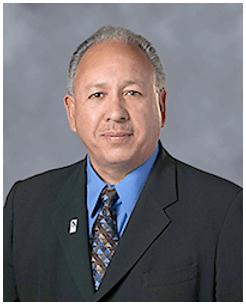 President and CEO Emeritus, David Valladolid has spent 18 years managing and overseeing all administrative and personnel aspects of Parent Institute for Quality Education (PIQE). His responsibilities included financial management, fund development, program operations, new hires, and program evaluations. Mr. Valladolid served as the primary spokesperson for the organization and as the liaison to the PIQE Board of Directors. He was instrumental in expanding and opening 10 regional offices across California and replicating PIQE’s “Parent Engagement in Education Program” in Texas, Arizona and Virginia. He has played a critical role in the implementation of PIQE’s “Best Practice Model” in ten other states. He remains critical in the promotion of PIQE’s “Best Practice Model” across the nation. Mr. Valladolid firmly believes that we as a community should support parents so that they can provide their children with unconditional love, academic, social, and emotional support so families and children may be successful in school and in life.

A 1975 graduate of San Diego State University, Mr. Valladolid brought to PIQE more than 18 years of management experience from positions with the County of San Diego Man Power Services and the State of California, where he worked at the Department of Fair Employment & Housing and the Labor Commission. Mr. Valladolid was also previously employed as Chief of Staff to California State Assembly Member Peter Chacon; San Diego District Director for California Assembly Speaker Willie Brown; and State Political Director for the United Domestic Workers of America (UDWA). In 2001, Mr. Valladolid was appointed by Governor Gray Davis to the California Reading and Literature Project Advisory Board (CRLP). In 2002 he was appointed to the Parent Involvement Commission of the California PTA. In 2006, State Senator Marty Block appointed him to the Trustee Advisory Council (TAC) for the San Diego Community Colleges. He served on numerous Boards of Directors and Advisory Committees: Operation Samahan Clinics; National American STEM Alliance; The Campaign for College Opportunity Advisory Committee; SDSU President’s Latino Committee “Los Aztecas”; and, Co-Chair of the Latino & Jewish Coalition. In 2016, he was appointed by CA Speaker Emeritus Toni Atkins to California Student Aid Commission.  He presently serves on the California Student Aid Commission as the Senate Rules Appointee.

Mr. Valladolid lives by the premise “No Violence, Know Peace” and “Only Love Can Eliminate Hate”. He believes and asserts that the ultimate purpose of life is service to others. Mr. Valladolid is a sixth-generation Californian and is married to Teresa Pascual Valladolid. They have four children: Dave, Dr. Sara, Maite & Evita, and three adopted daughters: Sherehe Hollins, Dr. Tai Broach and Kirin Macapugay. Mr. Valladolid is a Vietnam Combat Veteran (1968-70) of the 199th Light Infantry Brigade; he was twice-wounded and is a recipient of the Purple Heart.