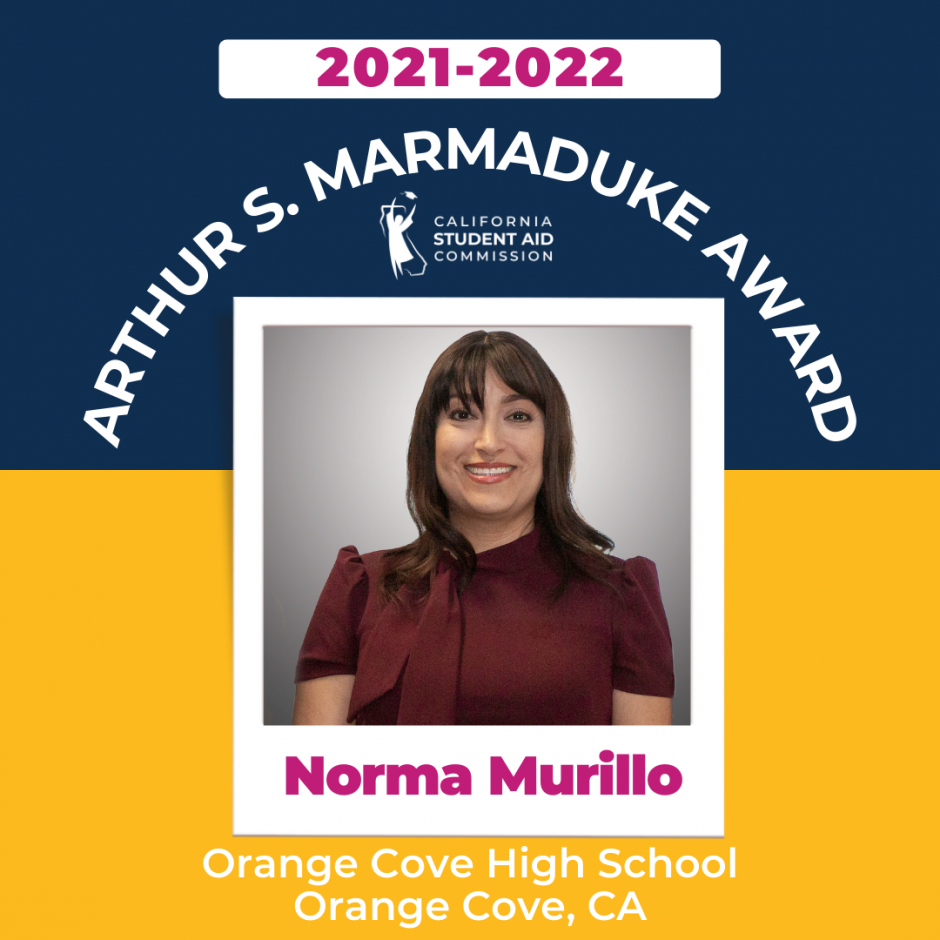 The Arthur S. Marmaduke Award is an annual award recognizing an outstanding California high school counselor who demonstrates exemplary skills in helping students fulfill their dreams of going to college. Each year, the California Student Aid Commission solicits nominations recommending a California high school counselor who demonstrates effectiveness for serving students in preparing for and pursuing their higher education. The candidate may be nominated by their District and County leadership, fellow school counselor/teacher, school principal, or another site administrator.

Arthur S. Marmaduke was the Executive Director of the California Student Aid Commission for 25 years from 1960 to 1985. The award was established in 1985 in his honor as the longest-serving executive director in the history of the Commission, which was founded in 1955. Mr. Marmaduke also served as the first President of the National Association of State Grant and Aid Programs.

The annual winner is chosen by the California Student Aid Commission and announced in the spring time. The award, which includes a plaque and $1,500 check is presented at the awardee’s high school or virtually via Zoom.

“One of the most important and inspiring recognitions the California Student Aid Commission offers each year is the Marmaduke Counselor of the Year award. This year, we proudly recognize Norma Murillo for her exemplary commitment to supporting students prepare for college and applying for financial aid,” said Marlene Garcia, Executive Director of the California Student Aid Commission, “Norma Murillo goes the extra mile in helping students realize their college dreams, especially first-generation college, and low-income students. In the process she involves parents and the community to share in this journey in support of student success.”

As a first-generation college student herself, Norma Murillo, is a passionate counselor committed to helping students achieve their full potential. Murillo is from Dinuba, a small rural community in the San Joaquin Valley. She earned both her undergraduate degree in Business Administration and master’s degree in counseling from Fresno State University. She is currently the lead counselor at Orange Cove High School and has served as a high school counselor for over ten years.

Murillo’s efforts have made major impact for students and Orange Cove High School, which has seen its financial aid application rates climb to 90% over the past few years due to her efforts. This year alone, Murillo was assigned 350 students, providing individual support to help students navigate the college application and financial aid process. Collaborating with teachers, administrators, other counselors, and student transition teams, Murillo hosts a variety of college preparation events that highlight the importance of financial aid. During these events, she provides important timelines, shares college resources, and provides step-by-step guidance to filling out financial aid forms. For example, Murillo holds a “Parent Academy” in which she covers everything from high school graduation to college enrollment and financial aid. This curriculum is specifically for low-income, first-generation families.

“Much of why I love working with students at Orange Cove High School is because I see myself in many of them,” said award winner Norma Murillo, “as graduation approaches, I think back on how much students have grown from their freshman year… it is a great feeling to know that one has been part of their journey.”

“On behalf of the team at ECMC Foundation, I am thrilled to congratulate Norma Murillo on her outstanding and inspiring commitment to her students at Orange Cove High School,” said Rosario Torres, Program Officer, Career Readiness, ECMC Foundation. “As a first-generation college student, myself, I recognize the one-on-one commitment that Norma
demonstrates to each student and makes all the difference in opening up a brighter future, not just for her students, but also uplifting their families and the Fresno community. “

Marmaduke Award nominations are solicited annually by the California Student Aid Commission and is named after one of the longest running executive directors of the Commission, Arthur S. Marmaduke. Mr. Marmaduke served the Commission for 25 years from 1960 to 1985 and the award was established in 1985 to carry on his legacy of making education beyond high school financially accessible to all Californians.

The California Student Aid Commission administers the state’s $2.8 billion portfolio of student financial aid programs and services, including the Cal Grant, the Middle-Class Scholarship, and the California Dream Act Application. The Commission serves as a resource for policy makers and the public on college affordability and financing issues, and advocates for policy changes to eliminate cost as a barrier to any qualified California student pursuing a higher education. Visit our website at https://www.csac.ca.gov or follow us on Twitter @castudentaid.

Eligibility for the Arthur S. Marmaduke Award is open to all California high school counselors who meet the following criteria:

Candidates for this award need to demonstrate superior skills, dedication, and results in helping students seek and receive financial aid.

Due to the school specific questions on the nomination form and scoring criteria we cannot accept candidates from county offices, Cal-SOAP, or counselors who serve multiple school sites. 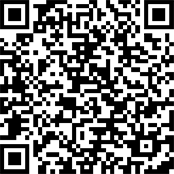 Candidates will be scored based on the following criteria:

Once a winner is selected, the Commission will contact both the nominee and the nominator to coordinate a date and location for the award ceremony.